Alfalfa: The Queen of Forages

Alfalfa (Medicago sativa L.) is a perennial legume plant native to Media, an ancient country of Asia. It was introduced to Greece during the Greco-Persian wars and it has been cultivated since the 5th century BC. The Serres area has a long tradition in the cultivation of alfalfa because of the favourable weather conditions, soil composition and large plains.

Alfalfa is the most important forage plant and the most widespread in the world, due to its high nutritional value. It is a perennial plant with upright growth and its root system consists of a tap root, which penetrates the soil at great depth. The shoots of alfalfa, the harvested part of the crop, are thin, vertical or partially oblique and reaches 60-100cm height, depending mainly on its variety. By staying in the field for 4 to 5 years, it improves the structure and texture of the soil with its rich root system and enriches the soil with organic matter, with the residues it leaves, and with nitrogen due to the nitrogen fixation it makes. It is a very hardy plant and it can be grown with reduced inflows of chemical fertilizers, pesticides and irrigation water. Its characteristics make it a plant that respects the ecosystem and the biodiversity and it is therefore an ideal crop for the 21st century.

In terms of harvest, the quality of the produced grass is superior when alfalfa is harvested at an early stage of development and it fully retains its foliage. That is why Alfalfa Serres carries out cuts in the optimal time with the latest mower conditioners attached on agricultural tractors. After cutting, the forage is collected and transported with self-loading wagons as soon as possible to the dehydration plant. The dehydrated alfalfa grass which is produced is rich in protein, carbohydrates, minerals and vitamins and it is used as feed in the diet of cattle, sheep, goats, pigs and poultry.

The dehydration process in our facilities is carried out in a revolutionary way with a "soft" belt dryer that uses a hot air flow below 90 oC while maintaining the superior organoleptic properties and the nutritional value of alfalfa. Other traditional drying methods, such as drum dryers that reach up to 1000 oC and sun curing, burn sugars and other plant reserves and therefore the final product loses a big part of the protein and vitamins it once contained. 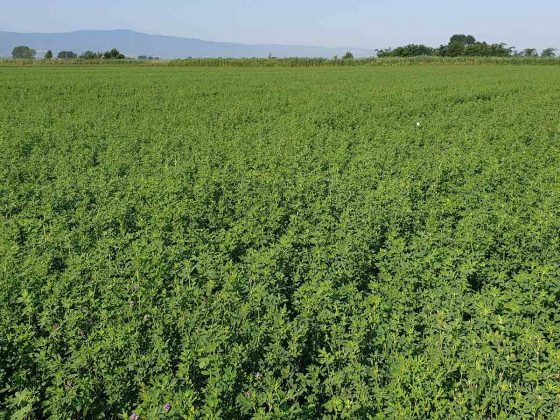 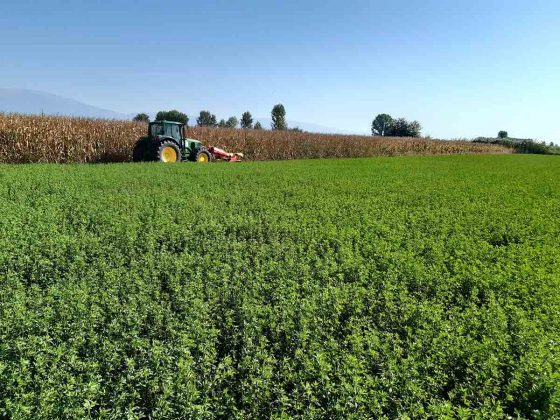 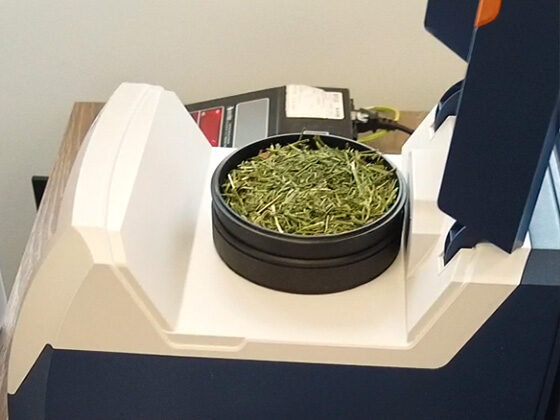 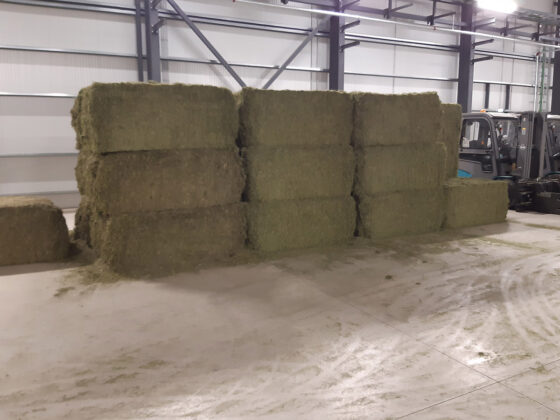